What questions would you ask Marshawn Lynch? 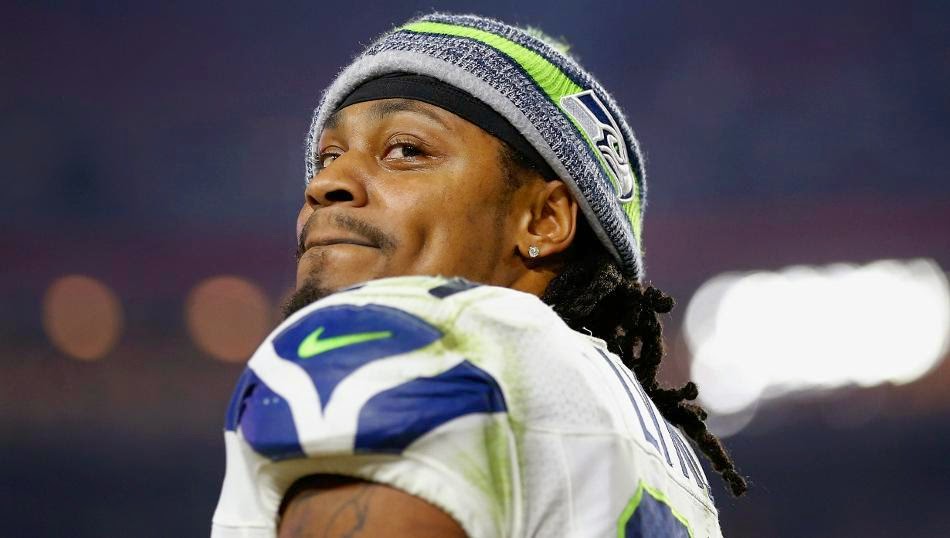 Marshawn Lynch answered almost every question he was asked by media on Sunday with "Thanks for asking."

Earlier in the season he answered reporters by repeating "Yeah."

Not exactly the loquacious type, is he?

As a Bill Belichick fan, I am all for wasting the media's time. It's funny how some members of the media, when presented with guys like Lynch who make their job difficult, will work themselves into a moral outrage over what Lynch is doing. They'll say that Lynch is being disrespectful to the fans, or creating a distraction, or committing some other uproarious sports sin. Somehow not talking to the media, something quite trivial, becomes an egregious wrong.

Even funnier than that outrage is that the reporters still ask Lynch serious questions. "Can you describe the 79-yard run?" (by the way, that's media talk for "I can't come up with a good question, but can you do my job for me and give me a quote/soundbyte about a big play?") That's a stupendously awful question, asking a guy to describe something you saw for yourself. But I digress.

If I were a reporter, I would ask less serious questions. Such as...

"Do you believe in Santa, and if so, what do you want from him for Christmas?"

"Is Elf on the Shelf too creepy for kids?"

"People have described you as a 'bad man,' does that mean you'll be getting coal for Christmas?"

"Besides Bill Belichick, who in the NFL is most like the Grinch?"

"Besides Pete Carroll, who in the NFL is most like Rudolph?"

"How would you react to meeting an Irishman named Sean Mar?"

"Are you thinking about a career in media after your playing days are over?"

"Follow up: If you were interviewing yourself, what would you ask yourself?" (this is getting into Inside the Actors Studio territory so I'll wrap it up)

"What is your favorite one-word response to media questions?"

So, what questions should reporters ask Marshawn Lynch? What would you ask him?