FRAZEE AWARD FOR GOAT OF THE YEAR

This goes to the biggest nemesis of Boston sports fans who also wears a Boston uniform. The nominees are: 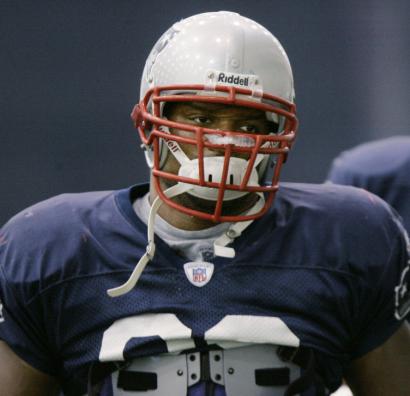 Thomas' tenure in Foxborough has been nothing short of disappointing. But this year, instead of eating his so-called humble pie, he used his mouth to make noise against his 3-time Super Bowl winning head coach. Adalius has been a healthy scratch for 2 games this year, which is remarkable considering how plagued with injuries the Pats have been. He also leaked Late-Gate to the media, and was the ONLY player who publicly whined about it afterward.