In years past, this was known the Doug Flutie Award. I think with BU freshman hockey player Jack Eichel winning it, it's a perfect time to add Harry Agganis' name to this honor. Agganis was an All-American quarterback at BU, and also played baseball and basketball. He was drafted by the Browns in 1952, but decided to play baseball for the Red Sox instead. He died tragically in 1955 at the age of 26. 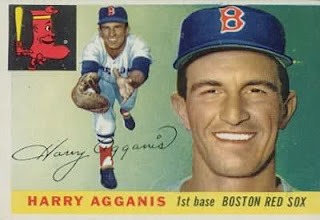 BU's hockey arena is named after Harry Agganis, and that's where Jack Eichel dominated Hockey East opponents in the 2014-15 season. In 40 games he scored 26 goals and added 41 assists. He won the Hobey Baker (college hockey's Heisman), becoming only the second freshman to do so. He was also drafted 2nd overall in in the NHL Draft by the Buffalo Sabres. 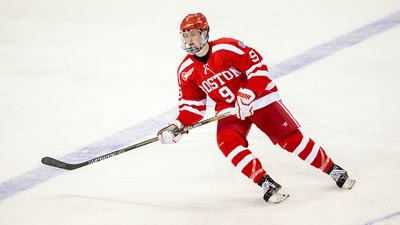