The Boston Blood Sox Awards (or Bloodies) are awarded for great success and/or pitiful failure in the 2014-15 sports calendar.

Back in January of 2008, I awarded Team of the Year to the Patriots. They were 16-0. This was before I realized that I should write these posts sometime after the Super Bowl. 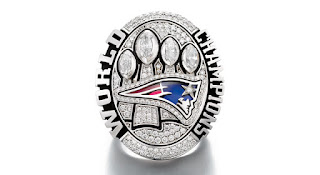 They won 15 games, including a very hard fought playoff battle against the Ravens, and of course the Super Bowl against Seattle. They were tough, they were imposing, they were difficult to match up against, they were clutch.

The stars were stellar. The role players rose to the occasion. They all did their job.

The season started poorly. At one point a reporter asked Belichick if he was considering replacing Brady (who was that idiot by the way?). The team believed in itself, even though the fans and the media didn't. The Patriots moved on to Cincinnati. Then to Buffalo, then the Jets, the Bears, the Broncos, the Colts, and so on. They scored 87 points in 2 games against the "AFC Finalist" Colts.

And the Super Bowl will probably be the Game of the Century for Boston Sports.