When you call someone overrated, you're not criticizing the person, you're criticizing the people who have unduly lifted that person up beyond where they should be lifted. Jason Varitek was an integral part of the Red Sox winning their first World Series since 1918. But he was horribly overrated by us Boston fans. That's why this award is named after him.

Being overrated isn't a direct criticism, but I will directly criticize Tuukka Rask. The Bruins goalie followed up on his Vezina winning season with disappointment, and almost nobody pointed it out. Sure, the team around him sucked, so there were plenty of guys for B's fans to hate on, but Rask seemed immune. 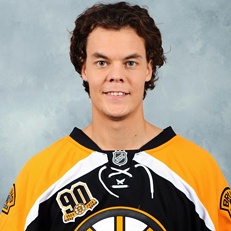 Rask wasn't a reason the Bruins lost, but he didn't do much to help them win. And since he was not criticized sufficiently for his average play, he was the most overrated athlete in Boston sports last year.