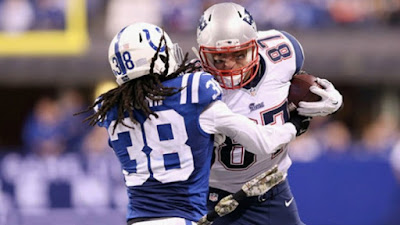 Not only did he produce, the way he played gave the Patriots a ferocious edge that they haven't had (especially on offense) for a long time. This was not a finesse team. It was a brutal, hard-hitting game when Gronk was on the field.

He also caught a TD pass in each playoff game.

His 12 receiving TDs were tied for 4th in the NFL and tied for 1st among tight-ends. He led tight-ends in yards, 20+ yard catches, first downs (60 of them), and yards after the catch. And don't forget he's one of the fiercest blockers in the League.