The 2014 Red Sox season seems like a long long time ago. It's hard to imagine that the Sox were once a team struggling to get out of last place and were failing even at the most basic and fundamental... wait.

Jon Lester won 10 games for the Sox in 2014 before he was traded. His ERA was 2.52 and he was earning the contract that the Red Sox refused to consider giving him. And also making the Sox look stupid for not negotiating with him before the season. 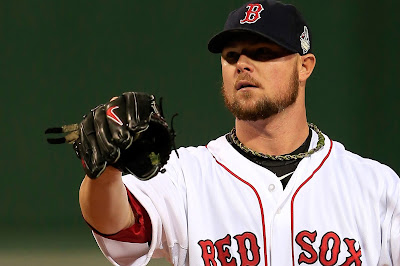 Speaking of the Sox looking like idiots, Lester was traded for Yoenis Cespedes. Cespedes was then traded in the off-season for Rick Porcello. The Red Sox then extended Porcello's contract.