This award goes to players who have gone through serious injury, and sometimes serious illness. From Dustin Pedroia and Wes Welker, to Jon Lester and Mark Herzlich. This is probably the most prestigious award that this humble blogger gives each year.

Pete Frates was diagnosed with ALS in 2012. He's not only fighting his own fight against this illness, he's fighting the entire disease. It can't be easy for him to make as many appearances as he does to raise awareness and funds. His level of toughness is off the scale, and has inspired a tremendous amount of good. 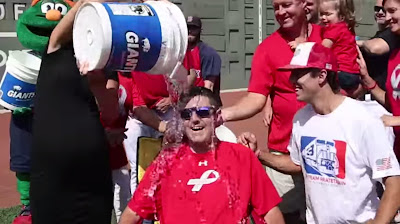